The Girl With Silver Feet

Brave New Girls: Tales Of Girls Who Tech And Tinker, now available in paperback and e-book!
I've been in three out of the five volumes of this series, and I can't say enough good things about them. They are awesome, the stories are all about young girls in science, and all profits go toward helping actual women become engineers.
So I am very happy to announce that The Girl With Silver Feet is published in this year's volume. It's a Wizard of Oz retelling, and getting it published has been an adventure.
I wrote the first version of this in 2016. Over the course of two and a half years, it got rejected 10 times, in various iterations. And then I just kind of gave up. I liked the story, but I didn't love it enough to keep seeking publication only to get rejected. I didn't believe in it in its current form. There was something missing and I couldn't figure out what.

Then came the Brave New Girls submission call. I've been in the last two books, each with a retelling: first Rumpelstiltskin, then My Fair Lady. So I knew exactly what I was going to write this year: Mama Mia… but with dinosaurs!

Yeah… that didn't happen. I still want to write that story, but it desperately does not want to be a middle grade story. It wants swearwords and innuendo.

The deadline was getting closer and I didn't have a dang thing. But I couldn't just not submit something. I love these books and I love what they stand for, and being in them has been my tradition for the last two years. I needed to submit something, because even if it gets rejected, it means I tried and I really needed to try.

For some reason it was in my head that I still needed to do a retelling. I think it was more desperation than anything; with limited time, it's a little bit easier if the bare bones of a plot already exists for you to play with. And my mind drifted back to Silver Slippers, which is what I had been calling it. Maybe I could tweak it again. After all, there couldn't be much wrong with it, right?

What I thought would be a quick editing ended up being an almost entire rewrite. Which I did in basically one day, submitting right before the deadline. But in the process, I finally found out what was wrong with my story: it wasn't really a retelling of the Wizard of Oz at all.

The Wizard of Oz is about an innocent young girl who gets swept away to another land and accidentally killed a witch. My story was about an adult assassin who grew up in "Oz" and she had no remorse about murdering the witch.

The Wizard of Oz shows that the Scarecrow, Tin Man, and Lion always had a brain, heart, and courage. In my story, they were useless until Dorothy came along and fixed them. (And my story was also very ableist about fixing people who are different. And sacrificing them.)

In the Wizard of Oz, the wizard is just a man. In my story, he was integral in saving everyone because even though Dorothy masterminded the whole plan and very clearly had skills, she still needed a man to save the day.

In the Wizard of Oz, the shoes were, well, extremely important. In my story, they were merely an annoyance, the result of the witch starting to lower Dorothy into a pot of boiling liquid metal in order to turn her into basically a Cyberman like from Doctor Who but the process was stopped.

Yeah… I think it's much better now, and I hope you will agree.
Tech-savvy girls in sci-fi worlds.Journey into sci-fi realms where girls use their skills and brains to save the day. See scouts who save the world from AI overlords. Travel to the edges of space with girls who dare to go head to head with giant interstellar corporations. Watch as ladies take down nefarious hackers, innovate space travel, and defeat aliens. This 29-story collection has something to delight, enthrall, and fascinate every age. All revenues from sales of this anthology will be donated to the Society of Women Engineers scholarship fund. Let’s show girls that they can be the next generation of innovators and inventors. Stories by: Julie Bragdon, J.D. Cadmon, Glen Damien Campbell, Russ Colchamiro, M.L.D Curelas, Paige Daniels, Caroline David, M.M. Davies-Ostrom, George Ebey, Mary Fan, Janina Franck, Thomas Gondolfi, Margaret A. Hanson, Monty Harper, T.A. Hernandez, Andrew K. Hoe, Nicole Iversen, A.A. Jankiewicz, Blake Jessop, Kris Katzen, Claire McCague, Jelani-Akin Parham, Josh Pritchett, Mackenzie Reide, Jennifer Lee Rossman, J.R. Rustrian, Joanna Schnurman, Denise Sutton, Raphael Sutton.
https://www.amazon.com/Brave-New-Girls-Tales-Tinker/dp/B08DBW13X1
Posted by Jennifer Lee Rossman at 9:12 AM No comments:

Welcome To The Alpacalypse is another anthology that was released when I was extremely scattered and depressed and I don't think I properly announced it.

My contribution to this anthology about animals and the apocalypse is The Queen, a short story about a young woman who leaves her safe haven for the first time to travel through an apocalyptic world on a quest to unite possibly the last two bumblebees in the world.

And the bee is named Beeyoncé. Because I'm me.

The book is available here: https://www.amazon.com/Welcome-Alpacalypse-Midnight-Writers-Anthology/dp/B086ML1DBN
Posted by Jennifer Lee Rossman at 1:17 PM No comments:

Hello! Expect some very exciting news from me in a few days… without spoiling anything, I just found out I'm going to be in a book with someone who wrote something I love.

But for today, I bring you the recorded version of the Queer Futurisms panel I was on at Renaissance Press‘s virtual convention last month.

(a better look at my outfit…) 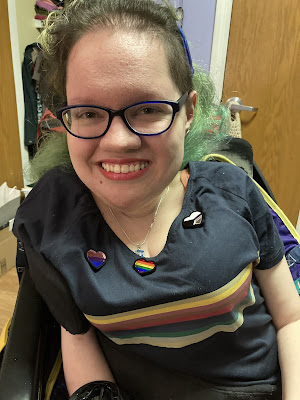 Posted by Jennifer Lee Rossman at 1:13 PM No comments:

Squatchin' originally appeared in SERIAL. You can buy the digital issue still, but I absolutely adore the story and I want it to be available for free. Usually when I publish reprint stories on my blog, it's because I have a problem with the original publishers and don't want to link to them anymore. This is not the case. I just really want to share this story with the world and I'm not really interested in spending a lot of time trying to get it published again.

I love this story. It may not be the best thing I have ever written, it is not my favorite story I have gotten published. But it is fun and gay and cute and I would like more people to meet my queer cryptozoologists.

So without further ado…

End
Posted by Jennifer Lee Rossman at 2:22 PM No comments:

Do-Overs has been translated into Spanish

One of my favorite stories, Do-Overs, is about a bisexual time traveling dork. It was the second story I ever got published and I love it so much.

And now it is bisexual and bilingual! Repeticiones, a Spanish translation, has been published on El Nombre Del Mundo Es Cuento and is free to read.

https://elnombredelmundoescuento.com/2020/07/16/repeticiones/
Last night my friend and I tried to read it. He hasn't studied Spanish in 10 years, I haven't read my story in English in several months. We did not get very far.
But it looks great and I am so thankful to the site for approaching me with this opportunity.

And if you want to read it in English, it is the last story on this page: http://www.glittership.com/2018/03/09/episode-52-three-very-short-reprints/
Posted by Jennifer Lee Rossman at 9:01 AM No comments:

Hey, you know how my stories tend to be cute little adventures about gay people being autistic and quoting Jurassic Park, but I don't really deal with politics in my stories other than, like, my extremely accurate and yet somehow controversial stance that velociraptors had feathers?

Yeah, no, this is not one of those stories. This one is political. Not political like "these extraterrestrial characters are an allegory about a group of people currently having the rights taken away."

Political like "the president is an absolute asshole and I wrote a story to satirize the last four years."

Politics are a touchy subject. And also, it's a super duper real world subject and I don't have time for that nonsense. Real world. Psh :-)

I'm happy to let my beliefs influence my stories while not becoming the stories. Usually.

Look. I have friends and family who are Republicans. I know people who voted for the circus peanut in chief. They are not bad people. But to call the current administration a dumpster fire is an insult to dumpster fires and I'm okay with letting my art piss off a few people.

No Collision, featured in Shout: An Anthology Of Resistance Poetry And Short Fiction, is not about a collision between a Russian and 'Merican spaceship, because there was no collision. Nope. Absolutely not.

I don't know if it's good, but if it is, it was actually on purpose this time.

One reviewer said my story has "sharp and humorous wit, which is served unerringly with a light and precise hand, and never overdone."

A portion of every sale is donated to the ACLU, Planned Parenthood, and Raices: Texas, so what are you waiting for?

Sometimes people ask me what inspired a story and I'm happy to ramble for an hour about how it came to be, explaining all of the history and science and meaning behind the story and the characters and the symbolism.

This is not one of those times.

My story, Not Like Other Ghouls, is now available in Strangely Funny VII, an anthology of funny horror, exists for one very simple reason:

The title made me giggle.

Seriously. I came up with the title, and I had to write a story around it.

It is a story about Adele, an autistic zombie who has attention deficit disorder. And she is not like other zombies, because she has no desire to create new zombies, because this story is an allegory about being asexual.

But maybe, if she was friends with or fell in love with a human, maybe then she would feel that desire. Because this is also a story about being demisexual, which is the term for when you don't feel attraction for someone unless you have a connection with them.

And here is where this story is a little… awkward for me. You see, originally the love interest was not a love interest. He was a friendship interest. So I thought it would be a great idea to base the character on one of my friends.

And then I thought… eh, what the heck. Let's add some romance.

Completely forgetting until I submitted the story that I based the character who is now the love interest on my friend. Oh and did I mention I might have a teeny tiny little bit of a crush on this friend?

Luckily, said friend thinks this whole situation is hilarious and encouraged me not to change anything.
Posted by Jennifer Lee Rossman at 4:33 PM 1 comment: 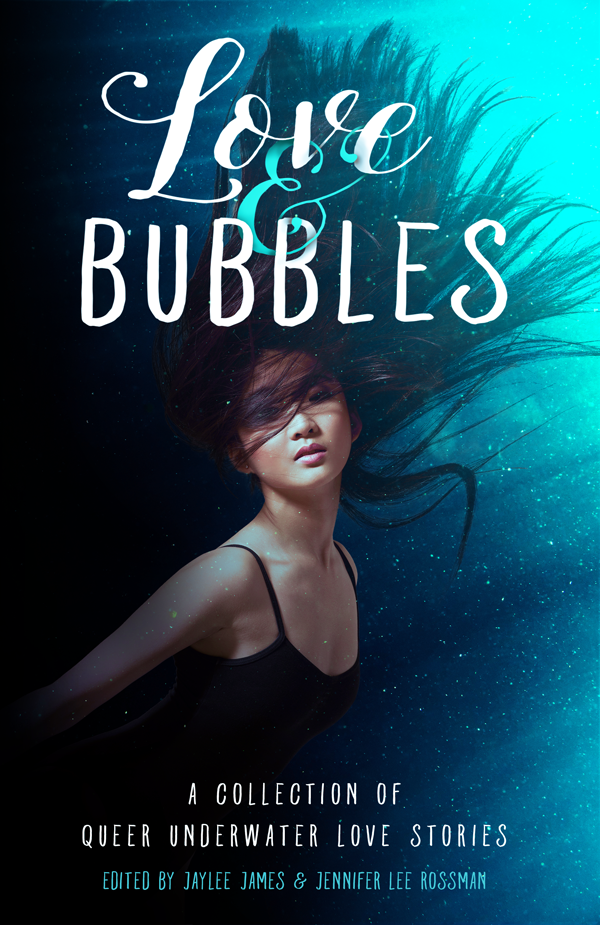 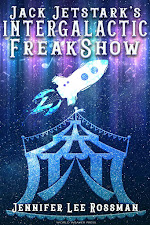 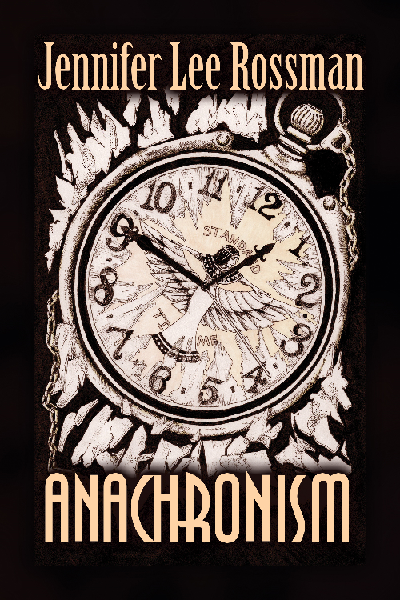